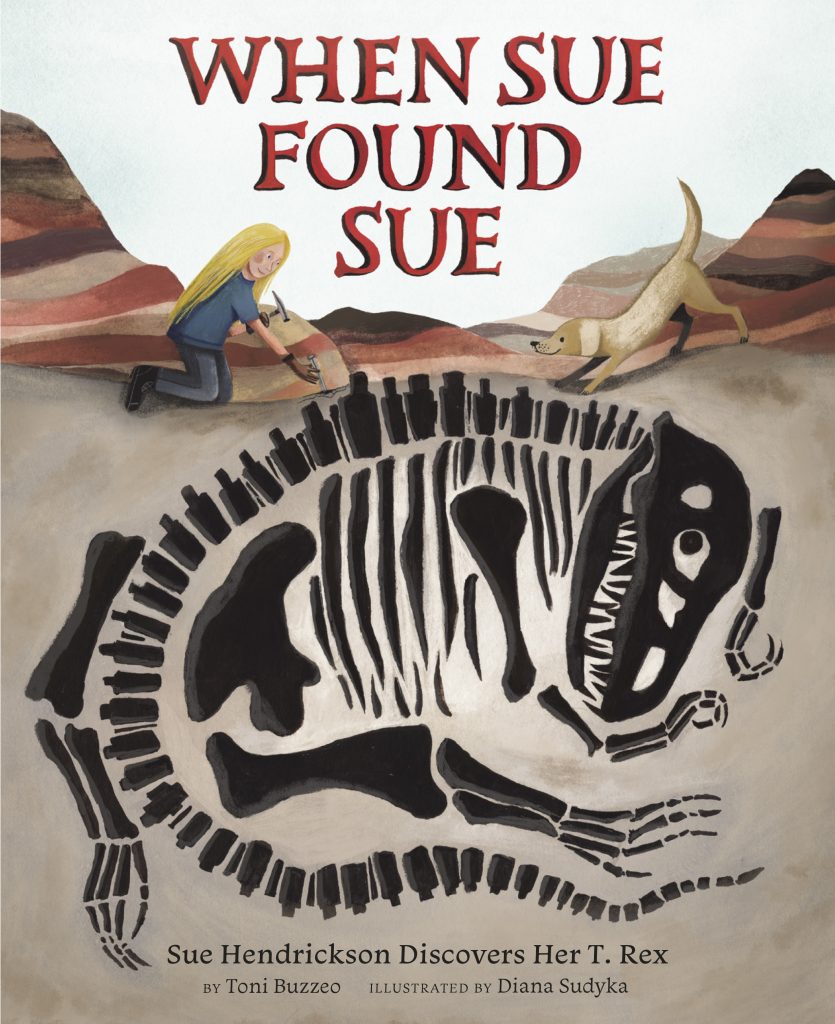 Sue Hendrickson was born to find things, large or small. As a child, her curiosity led her to find many treasures, from lost coins to a tiny brass perfume bottle. And as she grew, her curiosity grew, too. She became a diver who searched for lost boats and buried treasure and a paleontologist who searched for prehistoric-whale fossils.

On a dig in South Dakota, Sue discovered something bigger than she had ever imagined: the largest, most complete Tyrannosaurus rex skeleton ever unearthed, a skeleton named Sue in her honor. Full of scientific intuition and true adventure, When Sue Found Sue will inspire young readers to look closely at the world around them and to nurture their curious spirits.

“Buzzeo’s considerable storytelling skills zero in on fascinating details, such as the experience of unearthing fossils, while Sudyka’s entrancing illustrations reflect this attention to detail and the passion Sue brought to her work. Additionally, it’s refreshing to see a profile of a modern, female scientist, who is respected in her field.” ~ ★ Booklist

“The story of the discovery of the most complete T. rex fossil to date and the shy autodidact after whom it is named . . . role modeling commingled with an exciting tale of dino discovery.” ~ Kirkus

“Dino fans craving anything about T. Rex need to know this chapter of paleontology and enjoy the gouache and watercolor art.” ~ The Bulletin of the Center for Children’s Books

“This delightfully illustrated tale of discovery and wonderment works great as a research starter or supplement to paleontology, basic science, or museum studies . . . this book rewards passions for learning and passes those values on to its readers. A must-have.” ~ School Library Journal

“Readers . . . will be heartened by Hendrickson’s pursuit of her passions.” ~ Publishers Weekly